After the successful Xiaomi Redmi Note 4 and which is the best selling smartphone of 2017. Now, In 2018 Xiaomi launched the upgraded version Xiaomi Redmi Note 5 Pro with some several changes on this device including a new Qualcomm Snapdragon 636 octa-core processor. This processor also has the Adreno of 509 GPU for gaming. The processor you get a new Qualcomm Snapdragon 636 processor which not only performs well but gives you good results in day to day usage.

The benchmarks of this smartphone scores are respectable 1,13,000. The inside is a 4,000 mAh battery and the Xiaomi Redmi Note 5 has a notification LED light along with all relevant sensors that you would require
from a smartphone for day to day life usage. The Xiaomi Redmi note 5 pro has a hybrid SIM tray which also a downside for a user who wants to use both sim cards and with a Micro SD card.

On the front, it has a nice modern 18: 9 aspect ratio display which is a 5.99-inch display with the 1080p resolution which is basically a full HD plus resolution. The display also has very good viewing angles and a good amount of brightness with 415 it’s making it visible indoors as well as outdoors clearly. The phone has a new full View design display with an aspect ratio of 18: 9.

The display is curved on the edges and it looks fantastic in the hand. At the backside, you get a unibody aluminum design body. That we have seen in the past the vertical setup also includes the LED flash. Between the two sensors which are also almost identical to what we’ve seen with the iPhone 10. But the overall look and feel are amazing. The phone is nice and extremely premium in design. 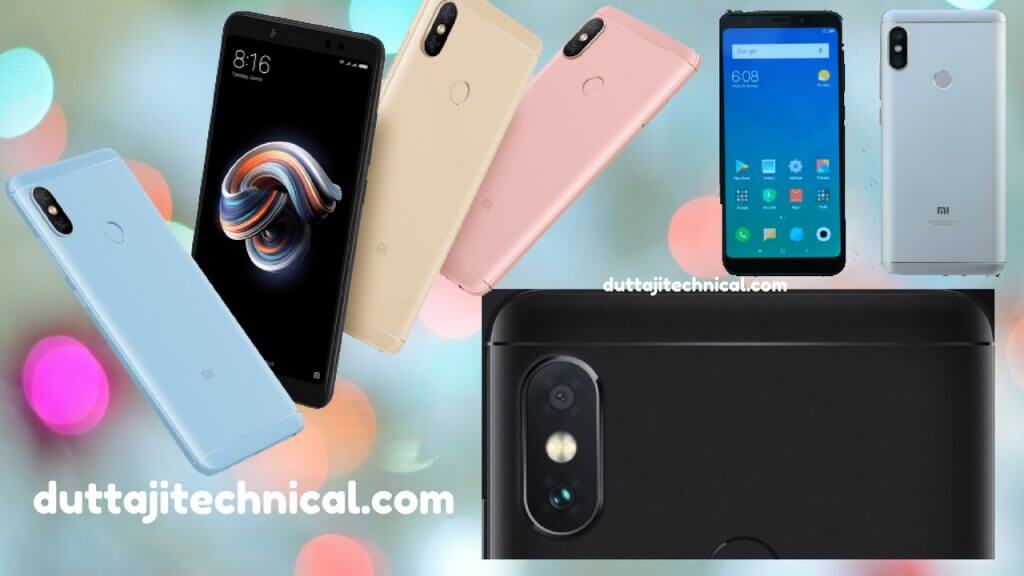 Thank you for reading this post. I think you get all about Xiaomi Redmi Note 5 Pro, Specifications and full detail overview. If you find this article helpfully. Then please share it on social media and do you want to read these type of technology related posts. Then please subscribe with your email by entering your email ID in the Subscribe now section on our website.